There's a great article in the NYTimes about Slack, a new startup that the Valley is buzzing about. Slack is a business messaging & collaboration app, and it's really, really good. The reporter in the article questions whether this year-old company is really worth $2.8 billion.

Slack is not good because it has a ton of features. In fact, it's missing the things that I would expect it to have.

It's good -- and worth its valuation-- because it does less, better.

The things Slack chooses to do, it does insanely well.

Take just one small example: When I use Slack on my phone, and then pick up on my desktop, Slack knows where I left, and takes me there on the desktop, providing for a seamless, magical user experience that's a pleasure to use.

I wrote a blog post about the value of going deep instead of wide a few years ago. When you do less, better, you're able to create magical experiences, because of the level of attention you can put into everything you choose to spend time on.

And that's the thing -- none of us can manufacture time. The danger in a startup -- a trap so, so many startups fall into -- is to try to do more. More features. More revenue streams. More diversification. And not just startups -- this is a problem for companies of all sizes; it's just masked at larger companies because they have legacy revenue streams that mute the blow of a lack of focus (for a while, at least). But like my buddy Isaac says, "everything is a distraction. So choose your distractions carefully."

Slack is so focused on making the little moments magical that even it's app release notes are funny, and a pleasure to read:

And Slack is winning by doing less, not more. Slack doesn't offer any sort of video conferencing. There's no to-do list. No screen sharing. Just a collaboration tool that really works. That is a sign of really strong product/market fit -- when something works so well that users are willing to overlook what's missing. It's how the iPhone got away with not offering multitasking or copy & paste when it debuted.

I'd imagine that the Slack team will slowly, carefully, deliberately, build the functionality of Slack over time, and I'd also imagine that it will continue to be good. Since we can't manufacture time, when you do less, better, you're able to focus the time you have on doing things well, and building on their success over time.

And back to the NYTimes article, having insane product/market fit means Stewart, the CEO, can respond to the reporter's questions with statements like this:

Q. So do you think Slack is worth $3 billion?

A. It is, because people say it is. I’m not trying to be trite, and I know why you’re asking, but if you go down to the fundamental level, we all have an agreement about what things are worth — until we don’t.

I've been bolding do less, better because it's my personal theme for 2015. Time and again, the most successful companies -- especially startups -- have shown that the best way to maximize success is to do less, but to do it magically well. AirBnB focuses on enabling people to rent their rooms. Dropbox focuses on helping people share files. Even Google, which Page famously has had to re-focus in recent years because it tries to do so much, started life with extreme focus:

"Despite Google’s increasing reach, Page and Brin refused to change the core focus on search. Brin, in a later interview, said that “with 100 services, they assumed they would be 100 times as successful. But they learned that not all services are created equal.Finding information is much more important to most people than horoscopes, stock quotes, or a whole range of other things.” As a result, Google retained its now-famous user interface consisting of little more than a search box and an early version of the iconic logo."

Mitigation, meanwhile, surfaces with sentences like "we're going to put it into maintenance mode." Or "it's too important for us to stop." Or "we need the revenue." Or "it's too early for us to say 'no'." Or my favorite, "let's do both." Whenever you hear the words "and" or "both" in conversations around focus... then it's not focus. "Both" is the exact same thing as "neither" -- or at least "neither as well as you could have if you'd only done one." Saying no to things to achieve focus requires hard decisions. And that's the hard thing about hard things.

It's hard, and scary, to focus on doing less. It's hard to say "no" when you don't know what the "yes" is. But you can't just keep doing too many things that aren't working, hoping that you'll find the right thing. The only way you'll find the right thing is by creating the time and mental space to pursue it. Iteration is very good. The LeanStartup "Build --> Measure --> Learn" loop is great. But learning is the key part that startups leave out when they try to mitigate distractions instead of eliminating them. Use data to learn, and use that learning to say 'no' so you can get to the 'yes' that you haven't found yet.

So, start by saying "no" and eliminating-- not mitigating-- distractions. Make yourself give something up every time you give yourself something new. Focus on doing less, better.

The picture I took above is of a road on the way to Yosemite. When I see it, I see focus.

Here's a great update: WaitButWhy (my favorite blog currently) wrote a great (long) post on how Musk focuses SpaceX to achieve his ultimate goal. But the cincher comes from this Quora post, where the author writes about how Musk applies this focus in daily practice:

A timely post by Tynan that mirrors the subject matter of this blog, but on a personal level: "Monotasking" vs. "Multitasking" http://tynan.com/balance

And there's a followup to this post around creating something that matters. In Silicon Valley you'll sometimes hear the refrain that there are 10 to 15 companies every year that do something that matters. That doesn't mean all the other companies don't matter. It just means that there are just a few companies every year that focus so well, that they create something meaningful that reaches escape velocity and transcend the echo chamber that is Silicon Valley.

It's easy when you're here to think that what you're doing matters. But the reality is that it's the rare company that really touches the lives of most people on this planet.

So if you're going to spend your time doing something, why not shoot for doing something that really matters? Startups have to fight for their survival, because everything they do is full of challenges and friction - if it weren't, someone would've already done it. Why not optimize your chances of actually doing something meaningful and transformative by putting all your effort into doing less, better, so the distractions you choose to spend your time on matter.

This WIRED article also talks about how Slack got started: www.wired.com/2014/08/the-most-fascinating-profile-youll-ever-read-about-a-guy-and-his-boring-startup/ 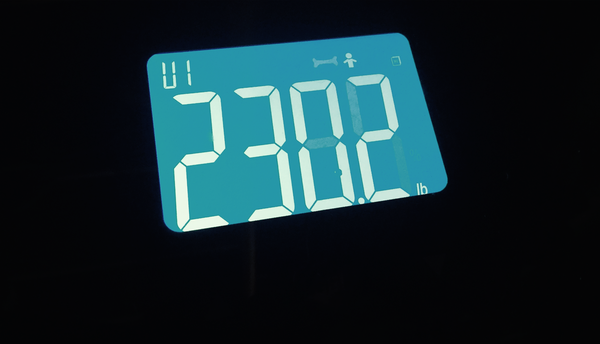 UPDATE: I wrote this update 3 months after the original post below. Read below first, then read the update to get the latest!I'm turning 40 this December, and that's caused me to 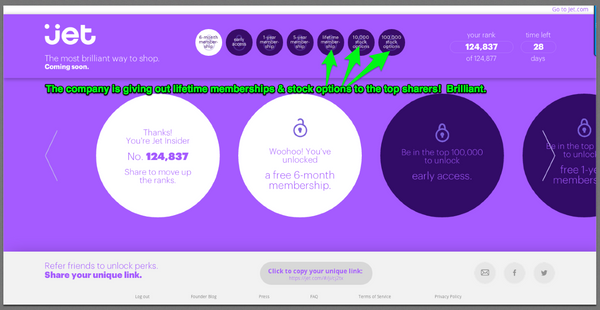 This new startup, Jet.com, is looking to be the Costco of the web, and to undercut Amazon's prices by an average of 10%. They won't focus on speedy 2 day "prime" delivery.

DROdio - CEO of Armory: Unlocking Innovation Through Software
—
Do Less, Better
Share this