Tesla today became more valuable than Ford and GM combined, which as ArsTechnica writes is "remarkable because GM sold around 20 times as many cars as Tesla in 2019, while Ford sold more than six times as many."

As this article specifically calls out: 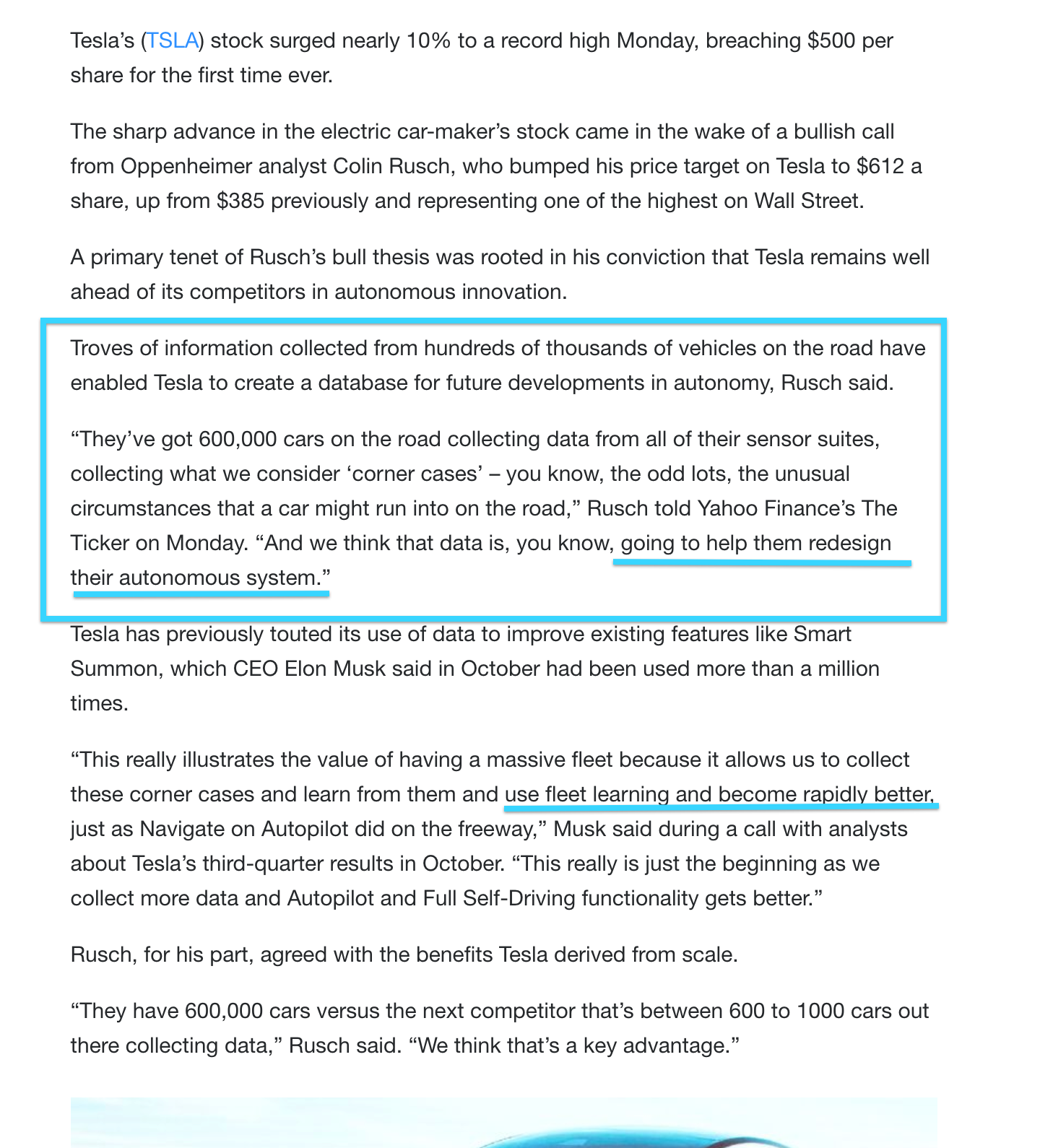 The software revolution has transformed business. What’s next? Processes that constantly improve themselves without need of human intervention.

"When built right, they create a reinforcing cycle: Their products get better, allowing them to collect more data, which allows them to build better models, making their products better, and onward. These are model-driven businesses. They are being created inside incumbents and startups across a range of industries."

Data is not valuable without an ability to act on that data to create better features, better experiences, better products.

And the DevOps movement is not valuable without having the data to know what to build better, safer and faster.

The Tesla example shows the power of the two coming together, and more broadly, the "reinforcing cycle" of companies using the two in concert to dominate industries.

And that trend is only just beginning.

This is a post about four megatrends converging in the next three years that I don’t hear many people talking about: Effectively limitless energy + globally accessible high-speed, low latency bandwidth + the sharing economy + the gig economy. > I believe that these four trends will converge by 2025 in a way

I do my best to be an "Adventure Dad" to my kids. It's so fulfilling that I wanted to try to fully describe what that term means to me. > In a nutshell, adventure dads start from "yes". One of my personal philosophies as a startup Founder is #StartFromYes. It's easy